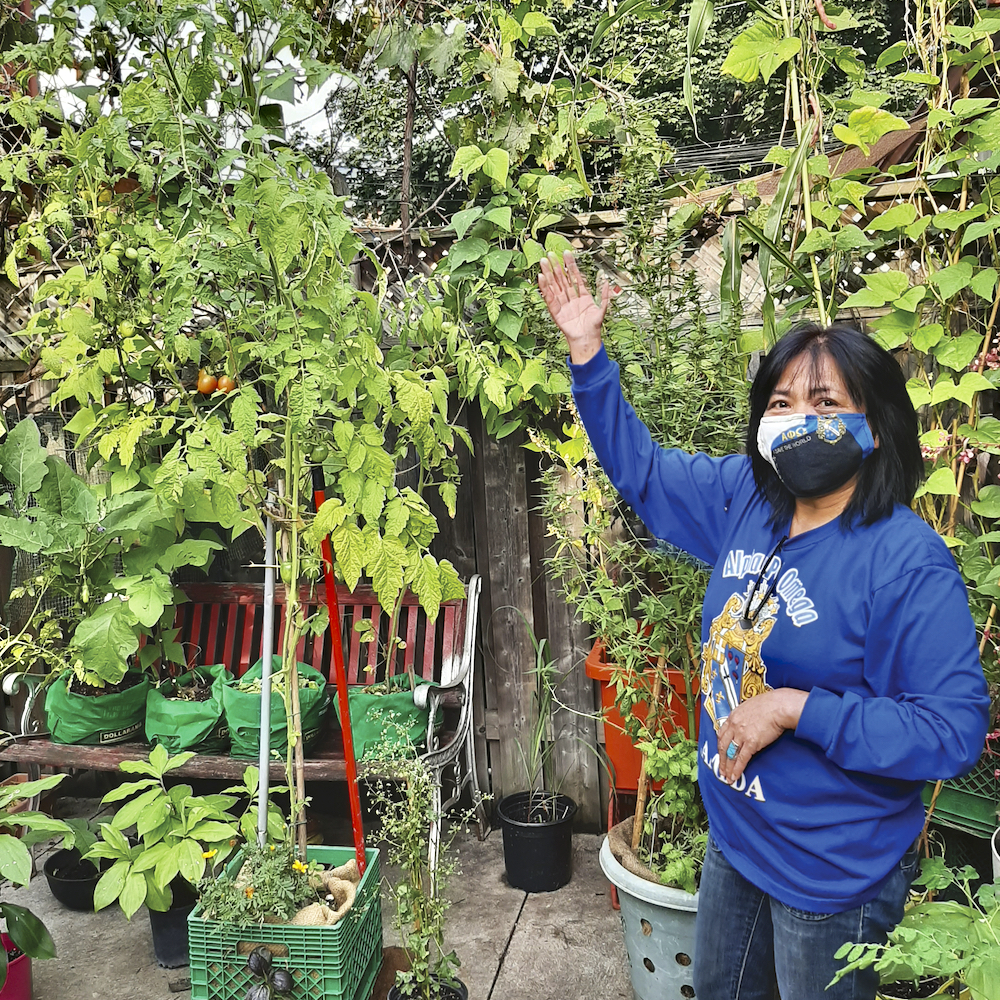 Jewel Gomes, an agronomist from the Philippines, experiments with plants from around the world in backyard trials. Photo: Supplied

In cities like Vancouver and Toronto, urban farms are creating a new pathway for the next generation of Canada’s farmers and farm workers, whether these young people see themselves destined for city or, indeed, rural operations.

Toronto Urban Growers (TUG), a non-profit network that connects growers and facilitates knowledge sharing between them, will work with Seneca College and Greenest City over the next three years to collect data on the current status of urban agriculture in the city, identify challenges and opportunities, and develop strategies to move the sector forward.

TUG completed an initial scoping report into the questions that this kind of research will need to ask, and a big one is about pathways to employment and the many training opportunities that urban agriculture offers.

What may come as a surprise to mainstream farmers, though, is that these urban farm workers have their eyes on the countryside from the very start. They have what you might call bigger dreams.

“For someone who is a young person just getting into the field of farming, or for someone who has come from another part of the world and has agricultural experience but is new to Canada, doing urban farming is a way to transition into larger-scale or rural farming because right now it’s so difficult for people to get access to land,” says Rhonda Teitel-Payne, co-coordinator with TUG.

“If you want affordable land, it’s pretty much a three- or four-hour drive out of Toronto, so there are a lot of barriers to start up,” Teitel-Payne says. “This is a way for people to both generate some income and do some learning as they prepare to do that move to a farm.” 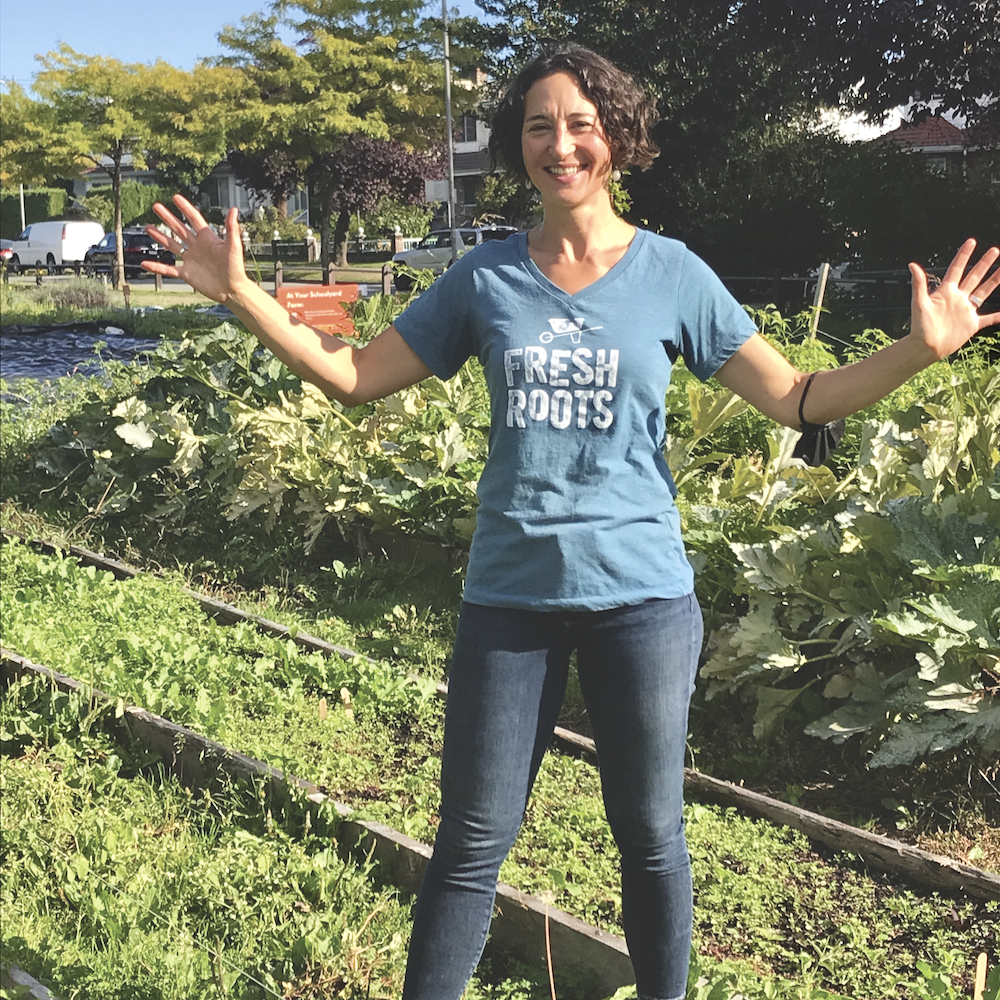 Urban agriculture allows people to explore the multifunctionality of food growing in an urban setting, which offers unique opportunities that don’t always exist in a traditional, rural farm setting.

“When you’re growing food, you could do many other things as well,” says Teitel-Payne.

“There are lots of other things that you can do as well as farming,” she says, then adds “Some of them co-exist with farms better than others.”

Workers need to do the work that’s available to be done, so, for instance, young urban workers might create pollinator gardens, or get involved with opportunities for social interaction, education, tourism or health programs.

Teitel-Payne recognizes the irony. “In some ways there are a lot more opportunities to do that kind of thing here because the population is close at hand.

“It’s easy for people to access your farm compared to going out to a rural farm,” she says.

It also gives farm newbies the opportunity to experiment with growing different foods and to explore different markets.

“What is it that people are looking for, how do you make those different uses co-exist in a functional way?” Teitel-Payne ponders.

“I still see this is a big experimental lab for that kind of thing.”

She knows of course that if these city workers do transition to a rural site afterwards, the conditions will change, and what worked in an urban context may not work as well in a rural area, “but at least you get some sense of how agriculture works.”

An early start in Vancouver

Across the country, in today’s Vancouver, urban agriculture offers the same diversity you see in Toronto. But about 10 years ago, two pioneers of urban ag, Ilana Labow and Gray Oron, founded Fresh Urban Roots Farming because they wanted to test the idea of how many people could be fed from a backyard garden.

That grew to two backyards, then more backyards, and the story goes that one day, they were farming in a backyard that was adjacent to a school and a teacher called them over to invite them to grow their crops at the school so the kids could see food production first-hand. 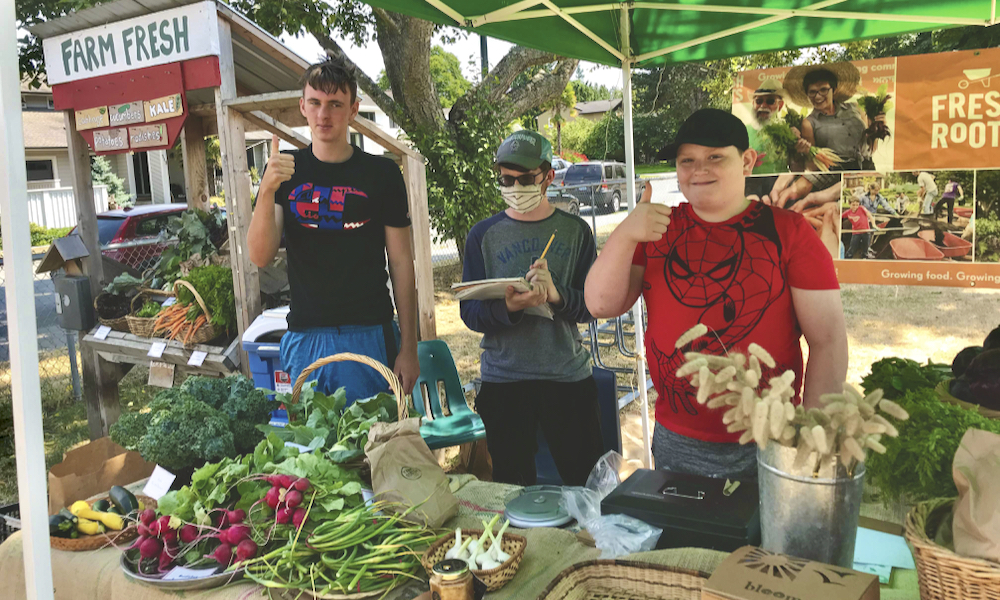 They eventually built the first schoolyard market farm in Canada at the Vancouver Technical Secondary School in partnership with the Vancouver School District. Today there are similar gardens and programs all across Canada that teach kids about food production and agriculture, but Fresh Roots laid a lot of the groundwork for developing shareable teaching resources and ideas because at the time, no one really recognized the potential to integrate what they were doing into the curriculum, or knew how to do it.

“We slowly discovered it was a big stretch for a lot of teachers and schools to figure out how to take their class outside and do math or science on the farm,” says Alexa Pitoulis, executive director of Fresh Roots Urban Farm Society. “The school system isn’t really set up for that. What Fresh Roots has done is develop a whole suite of programs and opportunities that build capabilities in kids, youth and teachers around how to do experiential hands-on learning on the farm.”

Fresh Roots offers professional development for teachers as well as trips for elementary school-aged kids, plus programs that are connected to the B.C. curriculum, including “A Year on the Farm,” where an elementary school class signs up and visits the farm every month during the growing season. Then, during the winter months, a Fresh Roots educator comes to the classroom to offer things like seed workshops.

“It starts to build a relationship with the space, the land and the seasonality, and builds capacity for the teachers because they can work with educators that are more trained in outdoor experiential education over the course of that year,” says Pitoulis. “We find that these types of programs have the biggest impact and provide deeper learning.” 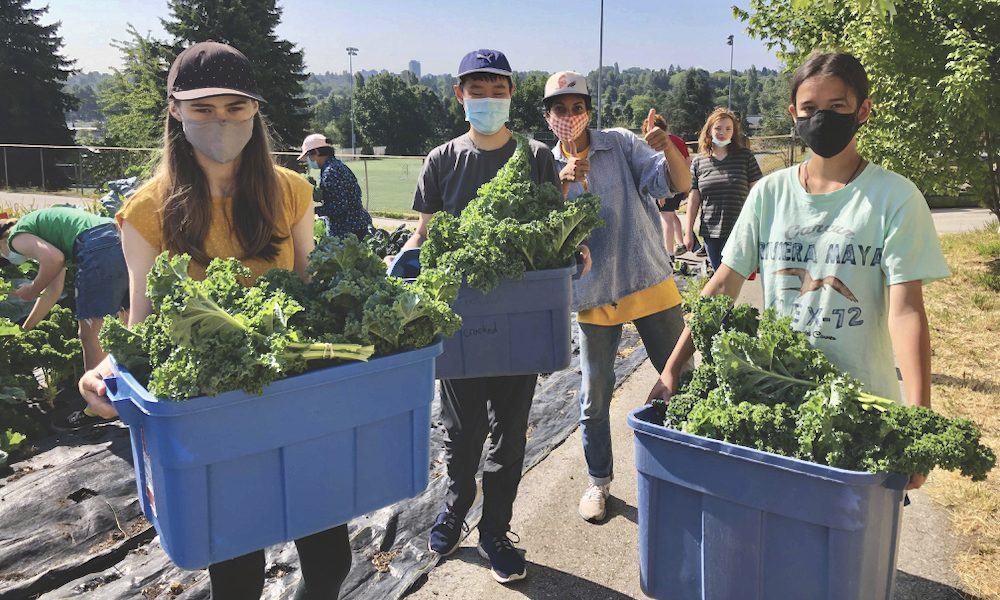 Fresh Roots runs two schoolyard farms in Vancouver, one in Coquitlam and one in Delta. Each relationship is different, just as the land on which they grow, the things they grow and the communities they serve are different. Apart from the fact that kids love the farm, love getting their hands dirty and enjoy eating the food they produce, it also helps the kids and the communities they live in imagine the possibilities for growing food right where they live.

“We can create vibrant urban spaces that have these rich pockets of ecosystems,” says Pitoulis. “It doesn’t have to just be a grass field or a vacant lot down the block.”

But the magic ingredient in all of this is how much the kids learn about themselves and each other.

“By being outside in that non-traditional, hands-on learning environment, you see them making connections with each other that wouldn’t happen in the regular classroom,” says Pitoulis.

It also increases their confidence. Many diverse youth come for a six-week youth leadership program called SOYL (Sustainable Opportunities for Youth Leadership) in the summer. “These are sometimes youth that aren’t necessarily ready for a part-time job, maybe don’t quite fit in,” says Pitoulis. “There’s a space for them to connect, find a place in a peer community and step away with this confidence.”

Older youth then sell the produce at market, which helps them develop valuable business and interpersonal skills. Says Pitoulis, “The growing of the food becomes a platform for some beautiful development.”